Stone statues have been a feature of British gardens through the centuries. Beginning with the Tudor times stone statues were created by drawing inspiration from ancient Greek and Roman gods. Later, in the 18th and 19th centuries, garden statues and busts become popular again using both stone and other materials. At this time statues also began to include animals such as lions that we often see standing guard at the top of steps and doorways. The need for sculpting stone statues lead to the need for a quick method of production. This was when the technique of producing artificial stone what is also call 'composition stone' for creating garden statues by casting copies. 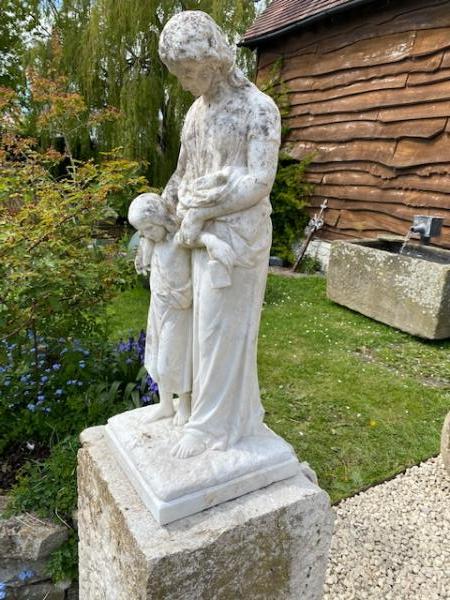 19th Century White Marble Statue of Mother and Child on Pedestal (Stk No.3914)

We welcome you to visit us at Cowsden, Worcestershire by appointment or we can offer individual tours of our collection via Whatsapp or Zoom or on the phone. Please call or email us to arrange.

WE LOOK FORWARD TO WELCOMING YOU!